This minivan conversion by YouTuber Foresty Forest is the most amazing use of space I’ve seen. Squeezing many of the amenities we typically see from a full van conversion into a minivan build-out, packs a ton of functionality in a small space while remaining almost completely incognito. 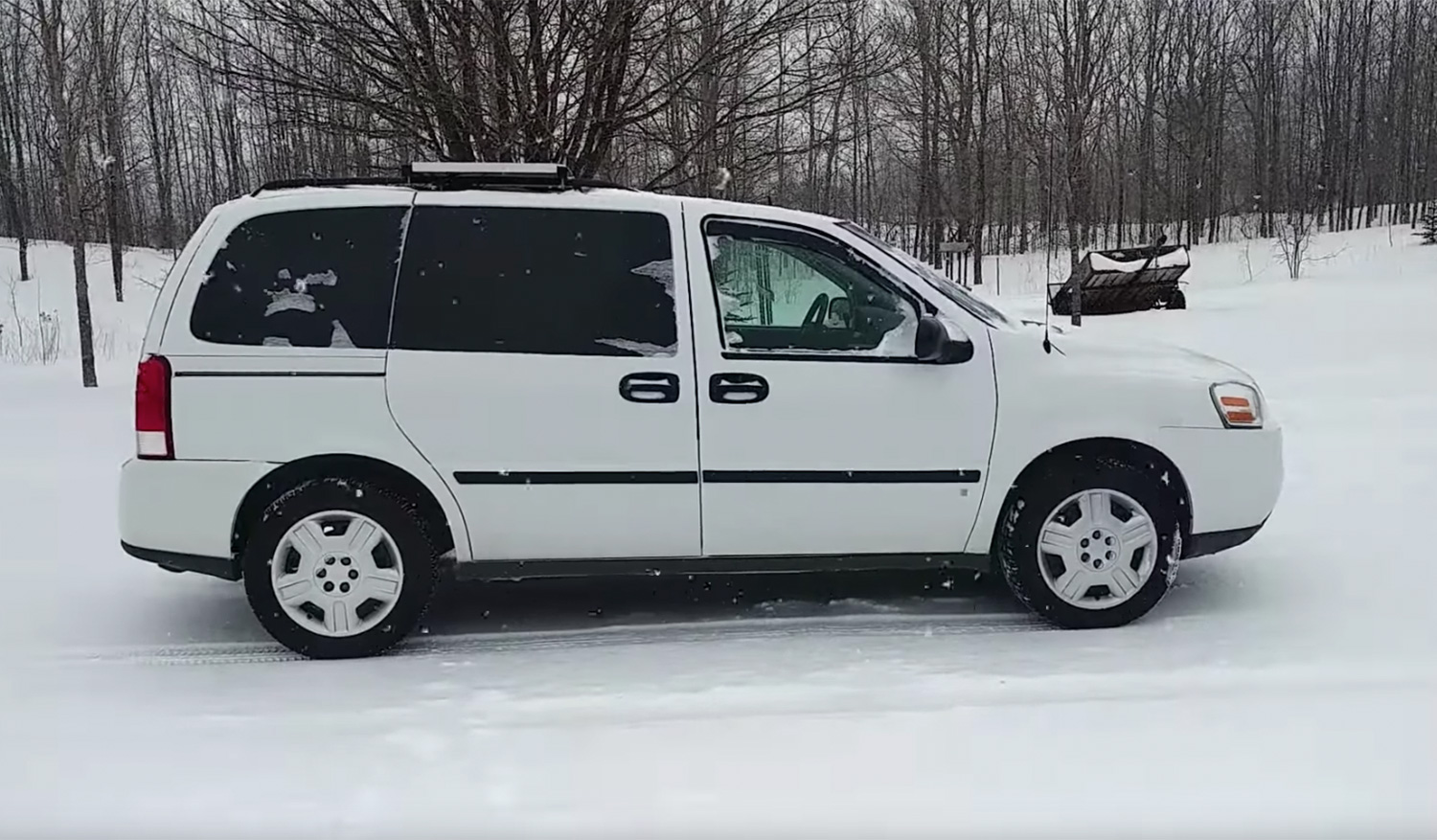 Designed for a solo traveler, the front passenger seat and rear bench seats are removed in order to utilize space. The interior is walled off hiding a small bunk and living area. Every square inch of real estate looks to be utilized, and he manages to squeeze his bike inside for secure overnight storage, though the bars need to be rotated sideways by loosening the stem. 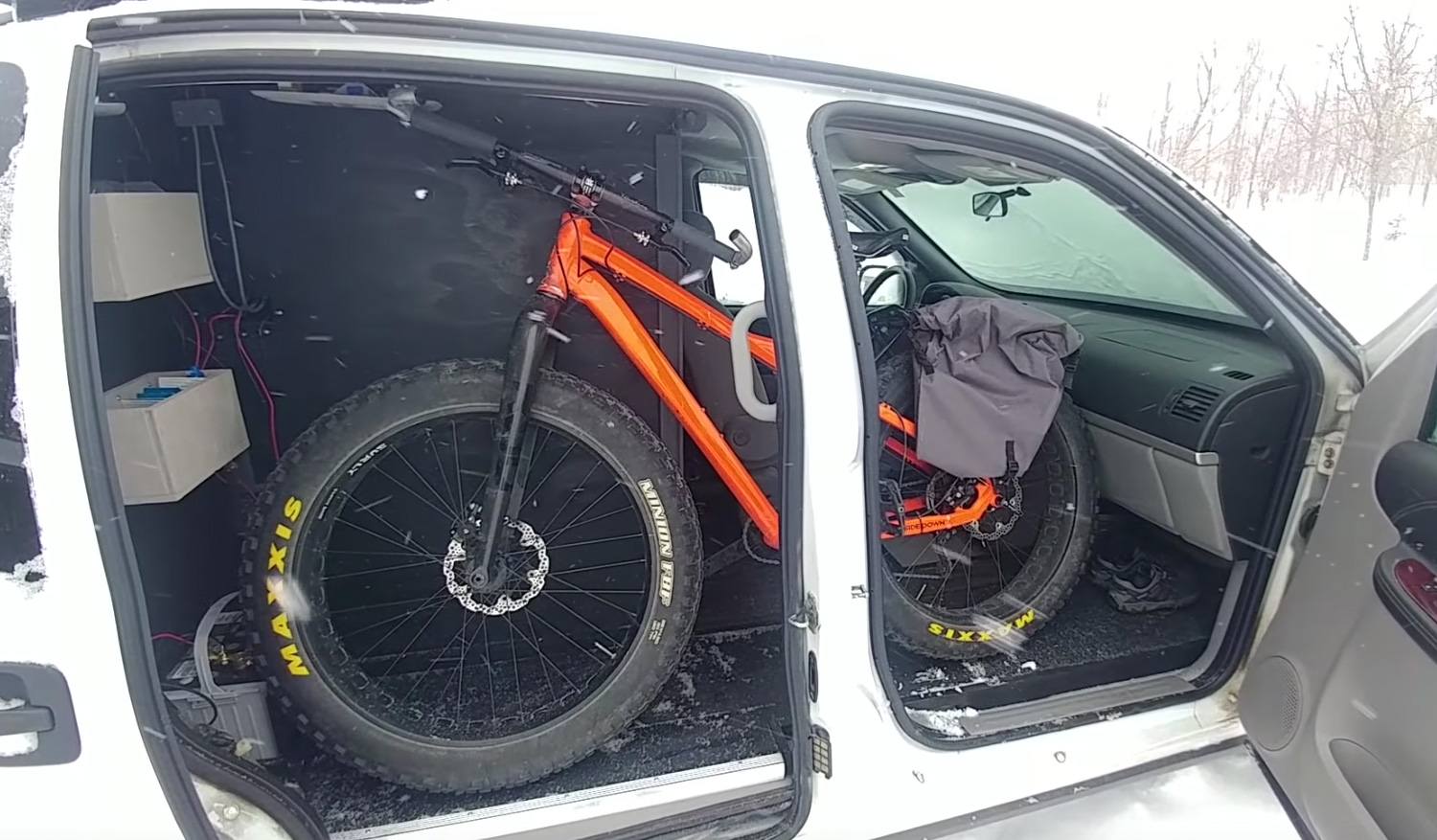 Peering in behind his curtain reveals the living quarters. Though he can’t stand up, the interior appears surprisingly roomy, with gear storage going under the bunk. The interior measures about 43″ which is quite compact, though it’s 46″ where he sits. The kitchen area/ counter also doubles as a desk and workspace.

Though there doesn’t appear to be room for passengers, it looks like they could squeeze into the back in a pinch. 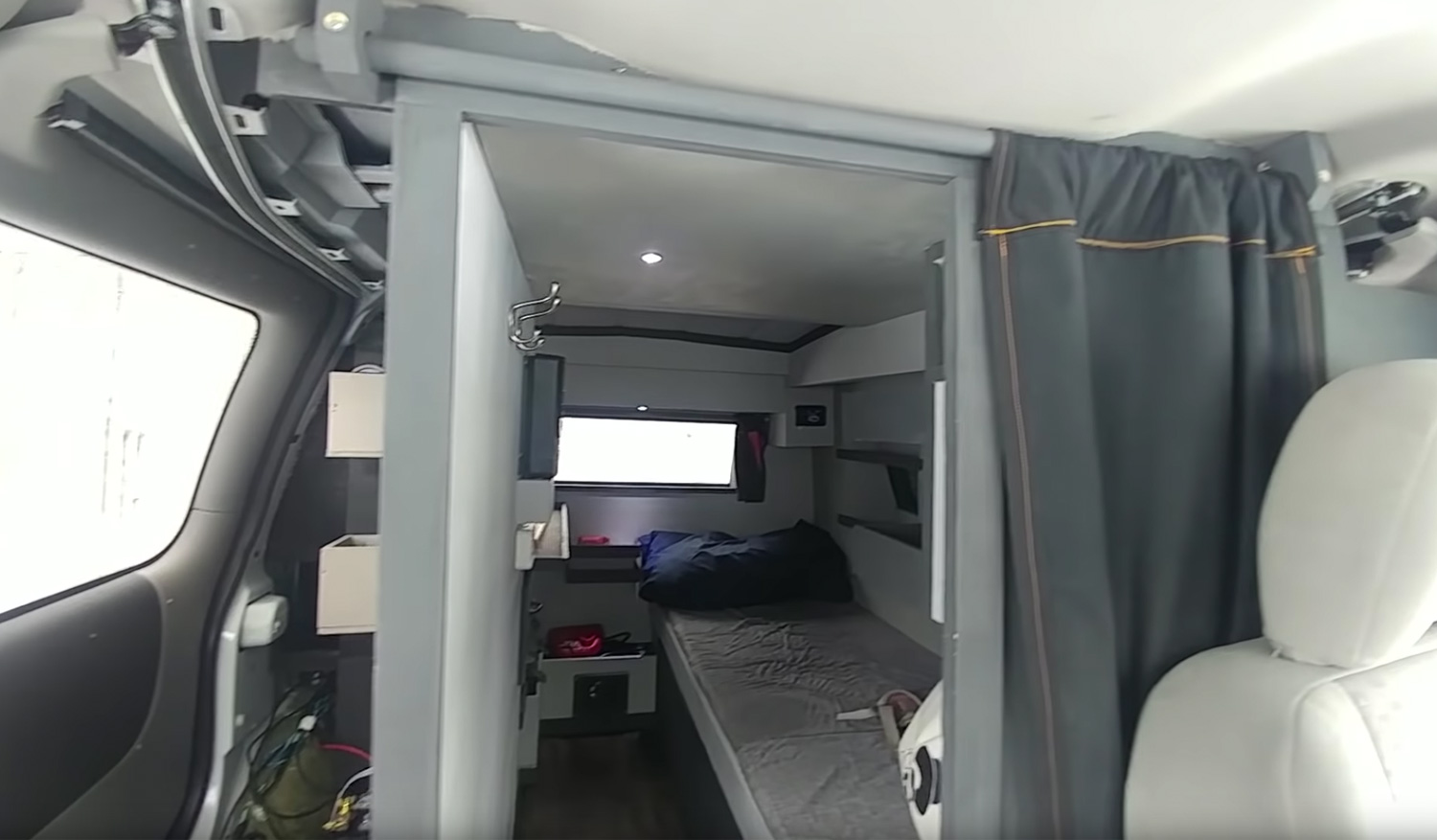 A solar panel keeps the house battery topped up, and he even has a diesel heater to stay warm. 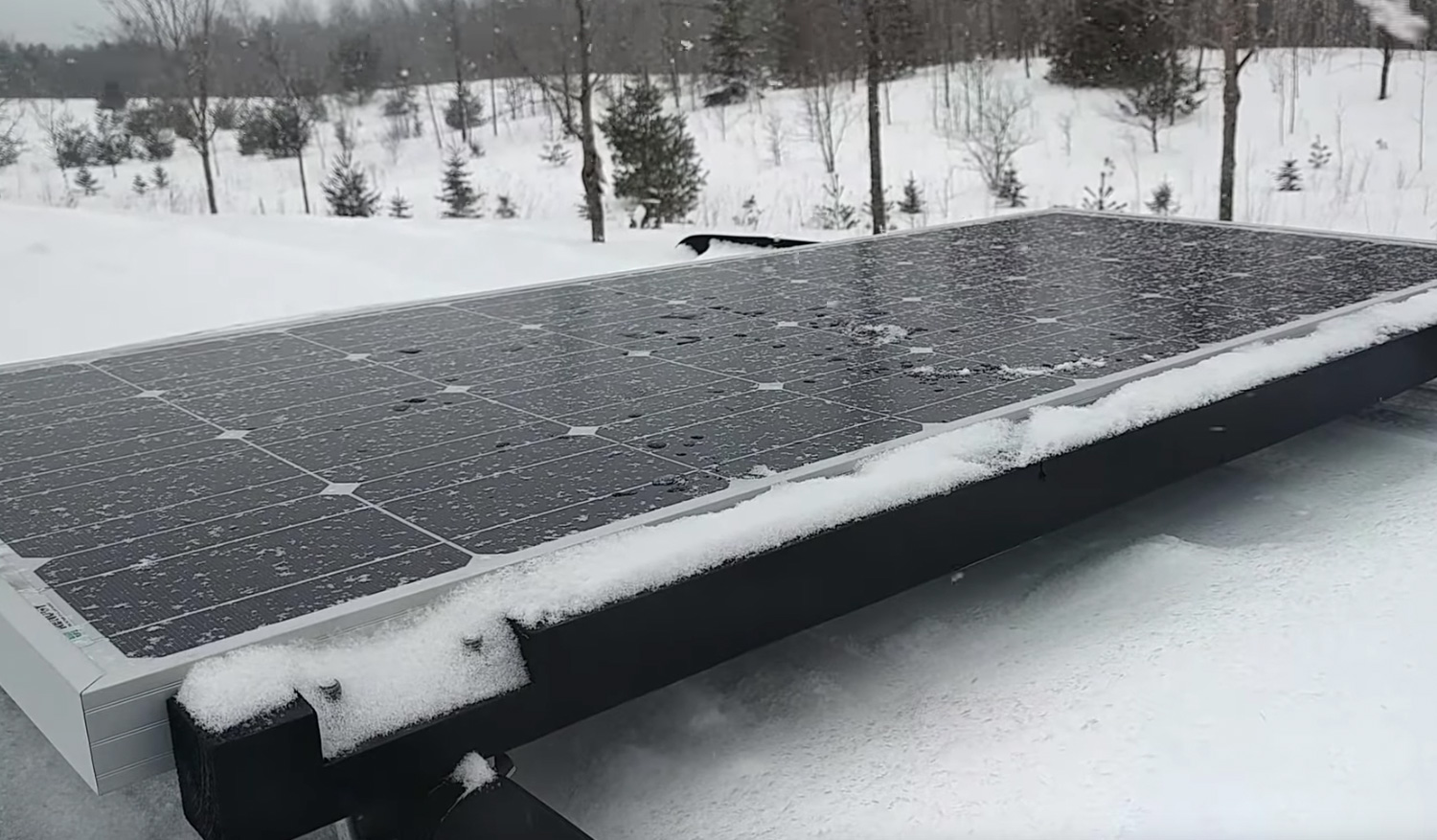 We tried something similar with our Honda Element a few years ago, though it was too small for a couple. For a single traveler this set up looks to be quite well thought out. The build is compact but an impressively clever achievement. It definitely gives us a new perspective on our full size Promaster build, and maybe a few ideas.

Would you travel in a minivan build out like this? 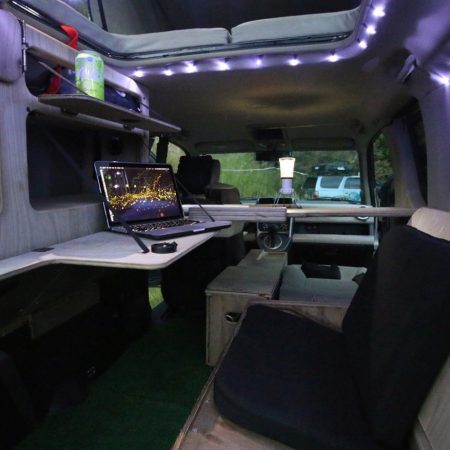 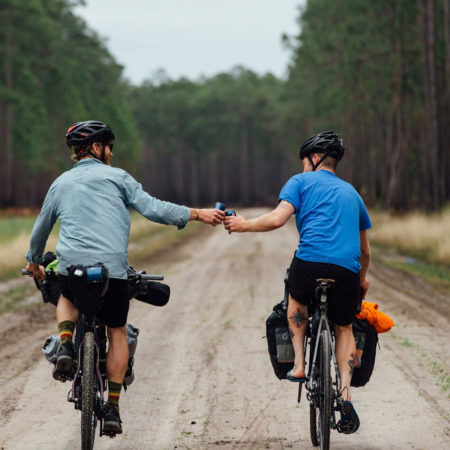 Roll with It: A Bike Packing Film 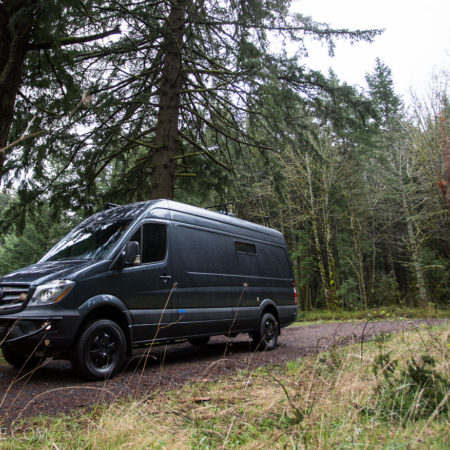 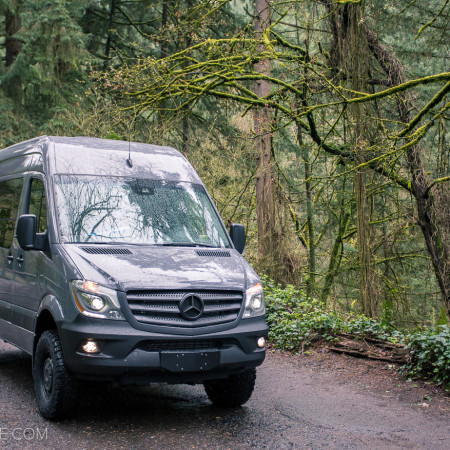